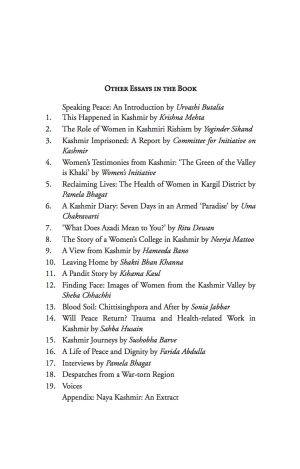 Finding Face: Images of Women from the Kashmir Valley

Sheba Chhachhi’s piece offers an alternative to the visual landscape of Kashmir which, in the popular imagination of people today, is occupied by the ravages of war and countless martyred men. By placing itself as an invitation into a private space that is rarely, if ever, breached by dominant media discourses, this photo-essay highlights the absences in the pictures of carnage that are used to fuel propaganda on both sides of the conflict.

The piece – comprising of a critical essay and a series of personal testimonies which are interspersed with photographs – seeks to bring human figures back into the landscape and give voice to those whose lives have been obscured in the din of a prolonged war. It makes space for the individual in a history of representation that is populated with recurring tropes and warring stereotypes which, Chhachhi argues, depersonalise the Valley and its conflicts. In her work, women are no longer silent victims, they emerge as textured human beings, not only with voices with which to speak, but also with eyes that are wide open. The testimonies have been taken over a period of six years and reflect varying positions, and the interviewees are students and professionals, Muslims and Pandits, teenagers and the aged.

The photographs are extracted from a larger work which was initially presented as a photo-installation by Sheba Chhachhi and Sonia Jabbar. The photo-essay as a whole captures the life and times of women during conflict, including during the attempted implementation of the burqa diktat in the Valley. These individuated women stand out in the frames as they look back at the viewer in more ways than one.

Please note that the photographs contained in this essay have been directly scanned from the printed book due to the non-availability of the originals.

There are no reviews yet.

Be the first to review “Finding Face: Images of Women from the Kashmir Valley” Cancel reply 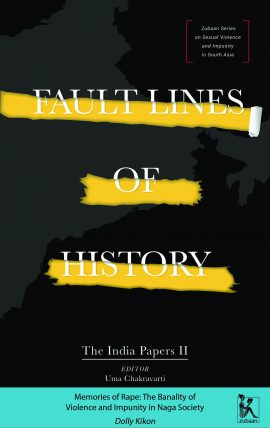 Memories of Rape: The Banality of Violence and Impunity in Naga Society 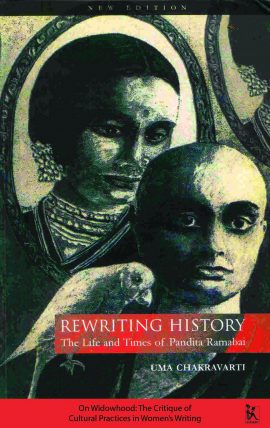 On Widowhood: The Critique of Cultural Practices in Women’s Writing 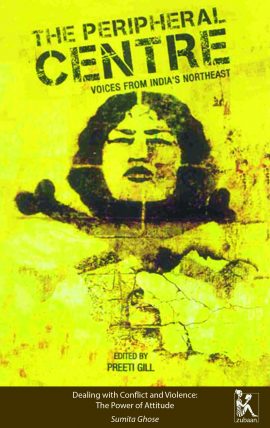 Dealing with Conflict and Violence: The Power of Attitude 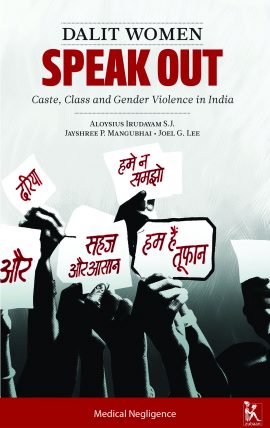 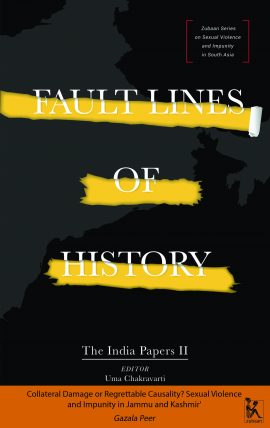 Collateral Damage or Regrettable Causality? Sexual Violence and Impunity in Jammu and Kashmir 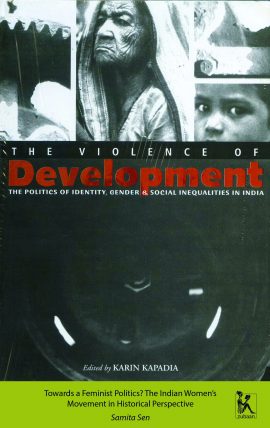 Towards a Feminist Politics? The Indian Women’s Movement in Historical Perspective 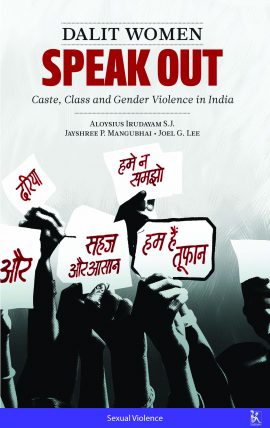 The Everyday and the Exceptional (Introduction)

From Pity to Power: Musings of a Health Rights Activist

PLEASE NOTE: DUE TO THE INCREASING INFECTION RATE IN DELHI, PRINT BOOKS WILL NOT BE SOLD TILL JAN 24. EBOOKS ARE STILL AVAILABLE! Dismiss